Welcome to the CIMI Dive Club!

The CIMI Dive Club is a place for the CIMI and Catalina Sea Camp community (former, present, and future) to connect around an interest in the ocean and diving! Monthly virtual meetings feature a guest speaker working in a field related to diving, marine science, and/or conservation as well as time to connect and plan dive meet-ups!

Stay up to date with meetings, recordings, and latest news. 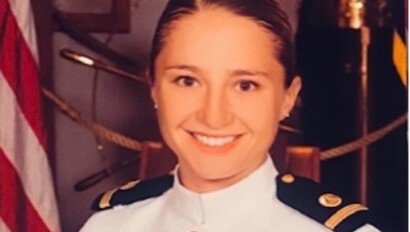 Desda earned a B.S. in Marine Biology and a minor in Scientific Diving from Cal Poly Humboldt in Arcata, CA. She has previously worked for Guided Discoveries as a marine science and dive instructor on Catalina Island, and as The Aquarium of the Pacific’s Diving Safety Officer for Field Operations in Long Beach, CA. Currently, Desda is a NOAA Commissioned Officer stationed aboard the NOAA Ship Nancy Foster homeported in Charleston, SC. Desda holds certifications as a NAUI Dive Instructor, AAUS Scientific Diver and Instructor, air-diluent CCR diver, USCG Licensed captain, and is a current board member of the Catalina Marine Society, based in Southern California. 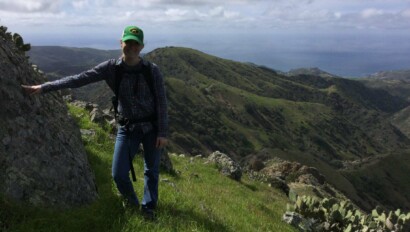 Hillary Holt joined the Conservancy’s Education department in 2016 to apply her training in conservation and ecological research to interpreting the natural history of the Island and the mission of the Conservancy to the public. She grew up in Illinois and started pre-vet at the University of Illinois at Chicago, and received her Bachelor’s in Biology with a minor in Chemistry. An undergraduate professor of urban ecology changed her trajectory by introducing her to ecological research. Now having received her Master’s in Zoology, with a certificate in Ecology, Evolution, and Conservation Biology from the University of Hawaii at Manoa in 2013, she is enraptured by evolution and biodiversity on Islands. A Certified Interpretative Guide (CIG) through the National Association of Interpretation, Hillary has become a CIG Trainer, and looks to further the art of science interpretation. As the lead instructor of the Naturalist Training program and coordinator of the Last Friday Lecture Series she is dedicated to bringing lovers of Catalina the most current information from the most relevant sources. 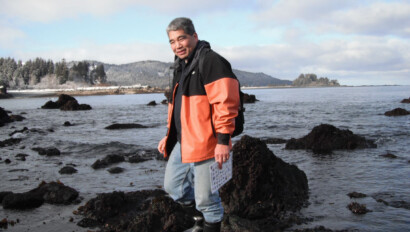 A native Californian, George is third generation Japanese and grew up in southern California. He went to UC Berkeley for college studying phycology (there’s a story) or seaweeds and earning a Botany degree. During his final year at UCB he was able to get scientific diver certified which has had a huge influence in his life. During high school and college, he also worked in the state and National Park systems doing trail crew and teaching trail maintenance to high school students. George took a year off after graduating and worked part of that time for the Catalina Island Marine Institute before starting up a PhD program at UCLA. He ended up studying gelatinous zooplankton for his degree using SCUBA, Human occupied vehicles, and remotely operated vehicles around the world to collect specimens and observations. He then worked for the Monterey Bay Aquarium for a short time and was a NSF postdoctoral fellow at Hopkins Marine Station (Stanford University) before taking up a tenure track position at Flinders University of South Australia where he spent three years before returning to California and his current job at MBARI.

He was awarded the QuikScience Ocean Leadership Award for commitment to Ocean Education and recognized as an ASLO fellow. He has served on a number of local, regional, and national boards including the National Marine Educators Association Board and the National Ocean Studies Board. He also participated in several National Academy committee reports and helped coordinate the 15th Deep Sea Biology Symposium in Monterey in 2018. At MBARI, he coordinates the seminar and internship program as well as the NSF funded Adopt-A-Float program. He is an adjunct faculty member at Monterey Peninsula College where he co-teaches an Environmental Science course at night and is part of the first AGU LANDInG cohort that will focus on building capacity to effect change (diversity, equity, and inclusion) in the geosciences. 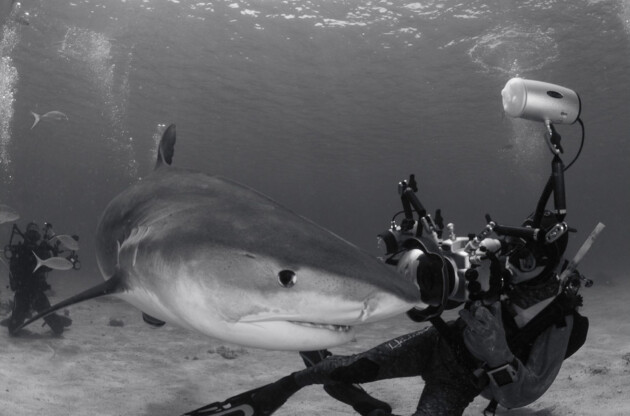 Stephen Frink is among the world’s most frequently published UW photographers, with a career spanning four decades. He arrived in Key Largo in 1978 to open a small studio dedicated to UW photo services, primarily renting cameras and processing E-6 slide film, but he soon began to receive assignments to photograph and write articles for the consumer dive publications of the day. He worked as a photojournalist for Skin Diver magazine for 17-years, covering much of the Caribbean, Bahamas, and Florida Keys for the publication. Subsequently he worked as the Director of Photography for Scuba Diving magazine. For the past 10 years Stephen has been the publisher of Alert Diver Magazine, a beautiful coffee-table collectible magazine for the members of the Divers Alert Network. Clients for assignment photography range from Scubapro to American Express to Rolex.

Stephen teaches a Master Class course in underwater photography each summer in his home waters off Key Largo, Florida. He offers dive excursions emphasizing underwater photography through his travel company, WaterHouse Tours. When not on location in some tropical dive destination he divides his time between homes in Key Largo, Florida Keys and Rougemont, NC. View his portfolio here. 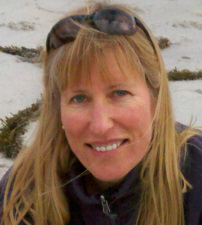 Deidre was the Director of the CIMI Diving Program from 1986-95. She made substantial changes to the dive program by creating best practices for teaching scuba to teens; this led in part to her being inducted into the Women Diver’s Hall of Fame in 2014. Deidre has been an underwater videographer, a marine geologist (mapping marine protected areas off California using submersibles) and a college educator. Deidre is the co-founder of the Marine Advance and Technology Education (MATE) Center and directed the Center until her retirement last year. MATE is a national center that works with colleges, universities, and K-12 education to develop the marine workforce through at-sea internships, student underwater robotic competitions, teacher education, and more. Deidre will share her professional journey in science and education and how her experience at CIMI and with scuba diving have served as a foundation for approaching work and life. 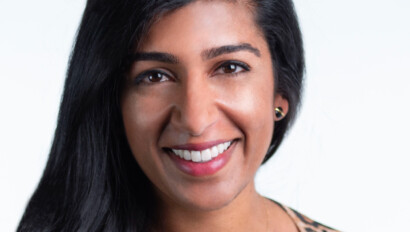 Anupa works at the intersection of ocean science, policy, and communication. She is currently advocating for California’s marine protected areas through the 30×30 effort and is the director of Ocean Impact at Burero. She serves on the national Board of Directors for the Surfrider Foundation and helps lead their justice, equity, diversity and inclusion work. In her free time, she raises money for Surfrider through distance paddles, and enjoys snorkeling, fishing, and surfing.